Go to the Community Site | Login 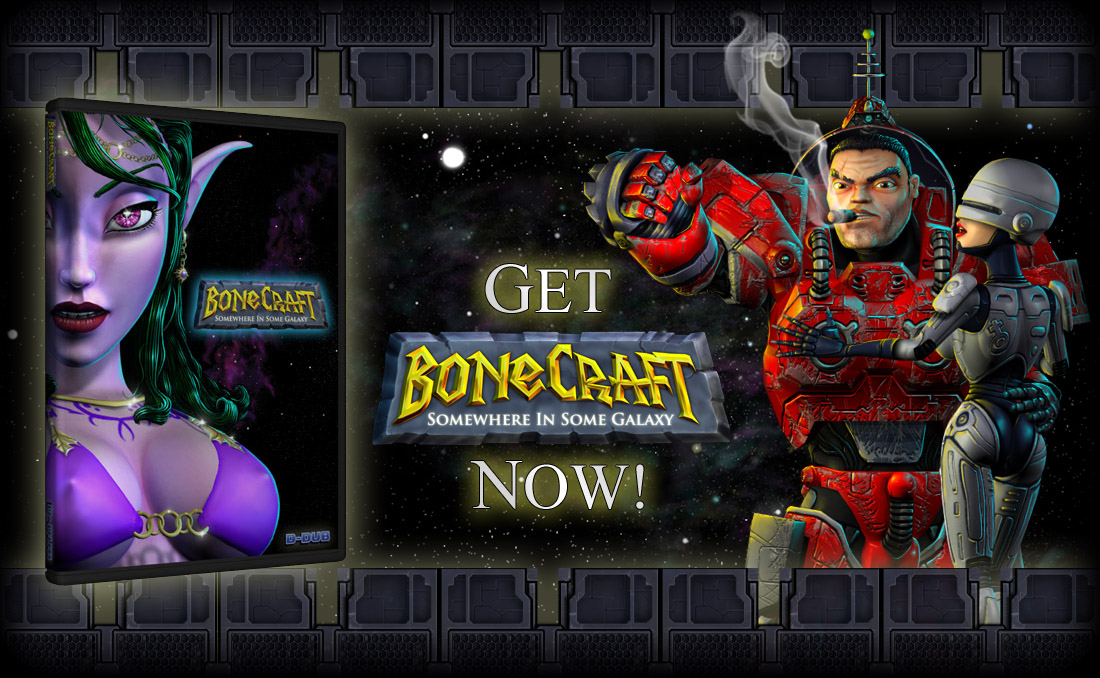 BoneCraft is the best Adult Video Game ever!

A true sci-fi fantasy game with a twist, BoneCraft is a full on Sci-Fi world that is overloaded with characters that bring out every deep dark fantasy you've ever had and lets you fulfill them all!

Where else can you be in a crazy battle full of Dick-Monsters only to stop and take a break to nail the woman on the other side of the forest with the body that gives you power the entire time you're boning it?

You're faced with a crazy cast of characters from the second that the game starts, and the raunchy jokes definitely makes time fly when you're playing. So don't be surprised if you start the game in the morning and end up missing work for days.

Let Fort Worth and Lubbock tag team a Wookie, or watch The Impregnator try his hardest to empregnate an Orc. From the comfort of your own home, your darkest fantasies can all come true while you're playing BoneCraft.

I believe the entire sci-fi game industry will need to play catch up after I had the chance recently to play BoneCraft for the first time. Captain Fort Worth and his hilariously violent squad of Space Wranglers will walk you through the gameplay.

Spoiler Alert: Lubbock crashes your ship because he's a drunken slob. But don't panic because you will be introduced to a world that's full or Orc's. Then you get to travel through the Elven brothel and meet the one who got away, the Elf Queen, who is as sexy as she is violent.

The main objective throughout the game is that you need to get your team laid as much as possible. Luckily for you and your squad, in BoneCraft getting laid is as easy as blinking your eyes.

Enjoy the free-roaming world while playing in the third-person perspective and having so many sexual conquests that your fingers will get tired, but your mind won't let you quit.

BoneCraft blends the fighting and fucking seamlessly, letting you have sex with a lot of the alien-type hotties in the game while killing your enemies so your squad gets some action too!

The fighting is also fun because Fort is a master of hand to hand combat. He's skilled in a wide range of weapons, from small guns and swords, to extra large bazookas and grenades that will blow a hole in your enemies.

You can find one of your squad members nailing a blue alien with breasts the size of bowling balls who turns and asks you to get in on the action yourself, making it a tag team event for the elf whore.

The comedy romp that you're playing through is only made funnier when you see your teammates, Macho Mandy Savage and Nibbles Tyson arguing over which of them gets to have sex with the Orc first. Have fun controlling a crew of Wranglers that take real life characters that they're made after and push them to the limit.

BoneCraft is definitely an adult video game that aims to make complete jokes out of classic RPG games like World of Warcraft. It blends the types of space-age world you're used to with fighting and fucking, pushing the limits of what you think about when trying to picture what adult video games should be.

And the best part is, they've done it so well that BoneCraft should be in every gamers playlist. So take some time to enjoy a game that was build by an independent game development company, and let D-Dub Software's masterpiece transfer you from Earth to an otherworld you'll never want to leave.